The Baby Boomer Generation is generally defined as those Baby Boomers born between the years of 1946 and 1964.

The Baby Boom lasted until the introduction of the birth control pill in 1964.


Real Baby Boomers – most of us believe that Real Baby Boomers actually grew up with our most impressionable years being in the 1960’s and 1970’s and that is today in our 60s and early 70’s.

Some people born on the fringes of this time period, do not think of themselves as Baby Boomers. When we think of the Baby Boomer Generation, we often think of the 60s. That is the decade that seems to have defined the boomers. Many of those born after 1960 have little memory of the greatest decade of the century.

The Birth of the Boomers
So you may argue the fine points a bit, but there is no doubt that there was indeed a population explosion in the years after the war.

This data comes from the U.S. Department of Commerce, Bureau of the Census.

These numbers refer to U.S. births only.

One can easily see a “boom” in 1946 when births went from 2.8 to 3.4 million. The end of the boom is not as clear, however. Perhaps that delineation was marked when annual births dropped below 4 million (1964).

Let’s see how that breaks down:

“Every 7 Seconds”
Another Baby Boomer turns 60 every 7 seconds.
Whew! Is that possible? Well, you don’t have to be a math major to check it out.

During the Baby Boomer years, 1946-1964 (inclusive), 75.8 million Americans were born. The ratio of males to females has stayed relatively constant. There were approximately 1.05 male births for every one female birth.

The biggest year of the boom was 1957 when 4.3 million boomers were born. Why it took over 10 years for so many post-World War II families to get going is a matter of speculation.

As of 1996, when the Boomers were between 32 and 50, the Census Bureau reported the age of Americans as follows. Again, the number for each age group is in thousands.

We are amused when visitors write to us ask what effect the boomers are having on the economy.

Folks, in 2006, the economy was the Boomers! We represented the vast majority of the workforce.
(That is not bragging; that is just a statistical reality.)

In 1996, there were approximately 10 million Americans over the age of 80.
There also were 68 million under the age of 20.
Doesn’t this constitute another boom? Not exactly. At the time, the “boom” of 78 million Americans born between 1946 and 1964 represented a much larger percentage of the entire population than the 68 million under 20 do now. Nonetheless, in about a decade, 70 million boomers will begin counting on those “kids” to pay our social security. But that’s another set of statistics for another time.

The huge growth in the economy in the 90s was due in large part to 76 million Baby Boomers working up to our peak earning and spending years. What are we spending our money on? Other than Metallica CDs and movies aimed at 15 year-olds, whatever is being sold… we are buying it. (And, in fact, we are paying for most of those Metallica CDs and movie tickets, as well.) What kind of cars are we buying?

What kind of cars are Detroit and Japan selling? We are the upper end of the automobile market. What explains the explosion in the popularity of SUVs? We do.

Where do we go on vacation? Everywhere.

How do we get there? Every way possible.

There were 76.1 million Americans between the ages of 32 and 50 in 1996. That represents about 28% of the U.S population. At the lower end of this range, the number of males is nearly the same as the number of females. But at age 50, there are 1.05 females for every male.

We Guarantee there will be absolutely NO Hard Sell, NO Obligation,
NO SPAM and NO HASSLES.

Any requests for information will be provided without obligation.

BABY BOOMERS – ANOTHER LOVE STORY ABOUT THE MAGIC OF LOVE

Who Are Baby Boomers? [VIDEO] 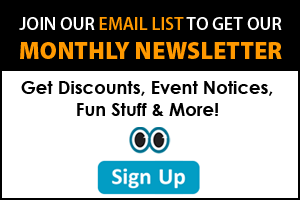