The Center for Disease Control and Prevention found that a third of Americans regularly suffer from poor sleep which increases the risk of Alzheimers.

Studies have shown that a lack of sleep increases the risk for Alzheimers, dementia, heart attacks, and certain cancers, as well as negatively impairs IQ and the immune system.

A Good Night’s Sleep is Not a Luxury, It’s a Priority – one we should strive for and embrace every single night. Dr. Daryl Jones

The Benefits of Good Sleep are Profound.

Scientific studies have also shown that just one night of sleep deprivation significantly increases the amount of tau and amyloid proteins in the brain, which are the two proteins involved in Alzheimer’s disease.

The Sleep Cycle Begins with Phase 1 of Non-REM  Sleep (Non-Rapid Eye Movement), which is as a very light nap, followed by phases 2 and 3, which are each deeper than the last.  Finally, after around 90 minutes of traveling through phases 1-3, and now in a more deep state of sleep, your brain enters the fourth and final phase, which we call REM Sleep.

It’s During this Final Stage of REM Sleep that You Dream.
Dreaming plays a very crucial role in learning and memory function since this is when your brain processes and consolidates information and experiences from the day.  In fact, this final phase of sleep is believed to be so critical for a healthy mind, that psychologists and therapists now offer Eye-Movement-Desensitization-Reprocessing Therapy for people experiencing PTSD.  This therapy, shortened to EMDR, re-creates rapid eye movement and encourages the patient to re-process any traumatic event, often with improved outcomes.

While in REM Sleep, the Brain Works to Clear Itself of Potentially-Toxic Proteins.
It’s important to note however that sleep deprivation is defined differently, depending on your own personal needs.

Each of us has our own unique sleeping needs, but most people require around 7-9 hours of uninterrupted sleep each night.  The key word here is uninterrupted. Continuous, uninterrupted sleep allows your brain to cycle through all four phases of sleep several times per night, which is essential for maintaining a healthy brain and a happy mind.

If you wake up feeling rested and ready to go after 5 hours of sleep, you probably don’t require the full 7 hours for your body to clear your brain of toxic proteins.

If you wake up feeling tired and groggy after 5 hours of sleep, you probably require the full 7 hours for your body to clear your brain of toxic proteins.

Avoid Anticholinergics such as Benadryl, as these may increase your risk of Alzheimer’s. If unsure, ask your healthcare provider to help you select sleeping aids and antihistamines that are not anticholinergics.

Alternatives to Help You Sleep Better Do Exist!
You may want to use Natural Sleep Remedies like Melatonin. A good place to start with melatonin is to take 3mg around 30 minutes before bedtime.  This can be increased to 6mg or 9mg if needed, but always check with your healthcare provider first. You may also wish to try a little scented lavender or other calming essential oils for relaxation at night.

Finally, if possible you should try to sleep on your side or in the prone position (face down) because sleeping in the supine position (face up) has been associated with a higher risk of Alzheimer’s.  This is likely due to the head’s position and its effects on the Glymphatic System- which is the brain’s waste clearance pathway that works to remove those unwanted tau and amyloid proteins.  You should also talk to your health care provider if you suffer from sleep apnea, and consider wearing earplugs if your sleeping partner keeps you awake.

Develop a Sleeping Routine.
Set a time for bed, and stick to it!  Keep lighting to a minimum as sleep approaches, brush your teeth, wash your face, take a warm shower, or read before lights out each night.  This will help you develop a habit that lets your brain know that sleep is coming.

Bedtime is perhaps my most favorite time of day, says Dr. Daryl Jones!
During my mid-twenties I struggled with extremely poor sleep, which quickly impacted my day-to-day performance and eventually hit my mental health. Fast forward a decade and I now sleep like a baby, and I couldn’t feel healthier!

A good night’s sleep is not a luxury, it’s a priority – one we should strive for and embrace every single night. Dream Well, Live well.
Dr. Daryl Jones 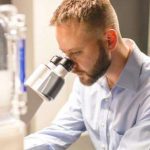 Dr. Daryl Jones – a Neuroscientist who has done extensive research on Alzheimer’s and Chronic Traumatic Encephalopathy (CTE) – and his team have scientifically researched and evaluated literally hundreds of ingredients for their memory and cognition-building properties.

Sophrosyne was the outcome of this extensive research, which found that its unique mixture of clinically proven ingredients at clinically active doses, has shown to considerably improve brain cognition, short and long term memory as well as overall good brain health.

Sophrosyne Brain by Jonescientific is a brain health formula designed for memory and cognition, that also contains ingredients shown to help promote good sleep by increasing the levels of Acetylcholine in the brain, which is a neurotransmitter involved in transitioning the brain between phases of sleep.

The fact is, no other known Brain Health Product in the United States on the market today has been actually developed by a Neuroscientist; a Neuroscientist being is an expert in the development and function of the nervous system – including the brain. 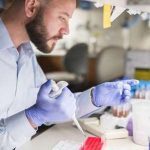 Sophrosyne is a First-of-its-Kind Clinically Proven Breakthrough Brain Health Supplement which contains a unique combination of four mind-boosting ingredients, all are clinically proven to improve brain cognition and memory.

BUY SOPHROSYNE HERE
Sophrosyne retails for $59.99 for a 90-capsule bottle (2 Capsules a day).